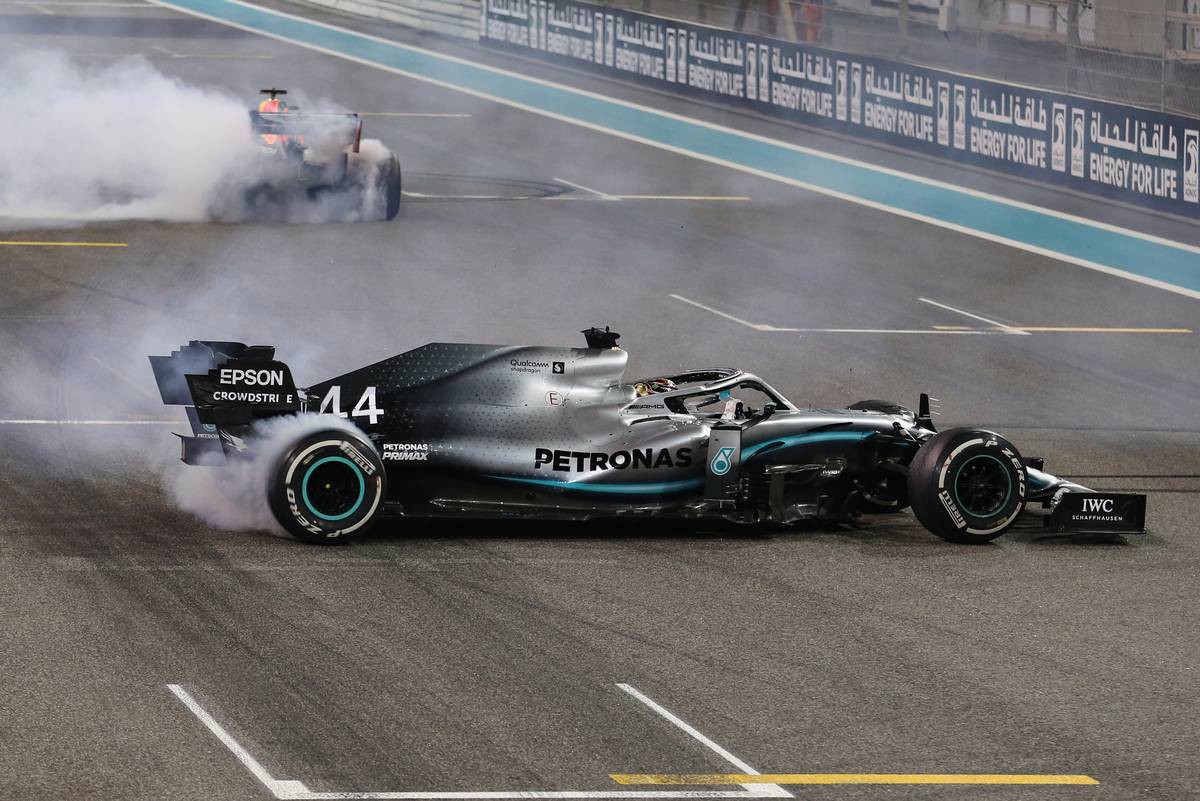 Lewis Hamilton (Pole, P1, Fastest lap, 26 pts): 9.5/10
On race day this week, Lewis Hamilton's performance was immaculate. When the lights went out he executed a perfect start from pole (which he had taken for only the fifth time in 2019, and his first since Germany). He dominated the whole race thereafter and never seemed under threat at any stage, carefully controlling proceedings and leading all 55 laps from lights to flag. He even threw in the fastest lap of the race just to show that he could and to entertain himself in the closing stages. His tactical awareness was also clearly on display, as he carried out detailed discussions with the team pit wall about what would happen if a safety car was deployed before his crucial single pit stop of the evening. As a whole, it was a masterclass in race craft, albeit admittedly one helped by the Mercedes W10's natural dominance at Yas Marina. If you're wondering why we didn't give him a perfect ten after all that, then it's due to our petty quibbles about his slightly scrappy showing during the three practice sessions in which his team mate Valtteri Bottas and/or Red Bull's Max Verstappen proved significantly quicker. But cometh the qualifying hour, cometh the six-time world champion; and on Sunday, there was literally no competition.