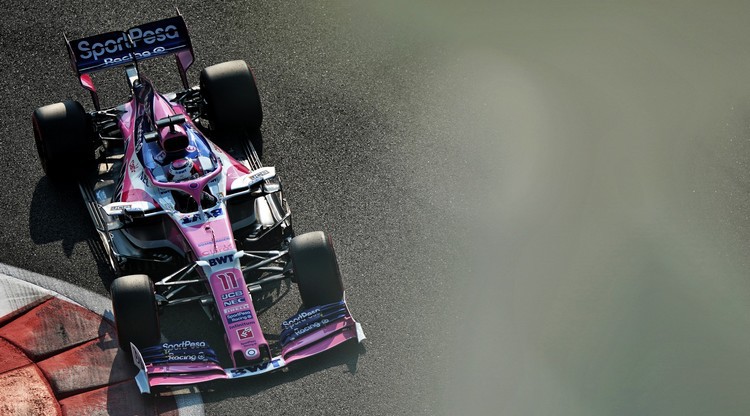 Sergio Perez (P7, 6 pts): 8.5/10
It's been a tough year for Racing Point, but Sergio Perez has consistently proved to be one of the team's bright spots by regularly delivering performances and points against the odds. He did so again in Abu Dhabi, improving his position on the timesheets with each passing practice session on Friday and Saturday. He just missed out on making it through to the final round of qualifying, but Valtteri Bottas' engine penalty meant he was promoted into the top ten on the grid and with a free choice of tyres on which to start the race. He survived an early scare when Pierre Gasly ran into the back of the RP19 (with a little help from Perez' own team mate running behind them both) and was soon making steady progress throughout a lengthy 37 lap opening stint on the medium compound. His pit stop dropped him from seventh to 12th, but the car responded well to its new set of hard tyres and he quickly dispatched the Renaults of Daniel Ricciardo and Nico Hulkenberg as he hunted down a points position. Lando Norris proved a tougher nut to crack, but on the final lap Perez was able to use his fresher tyres to finally pull off a successful move on the McLaren and achieve a very creditable 'best of the rest' seventh place at the line.