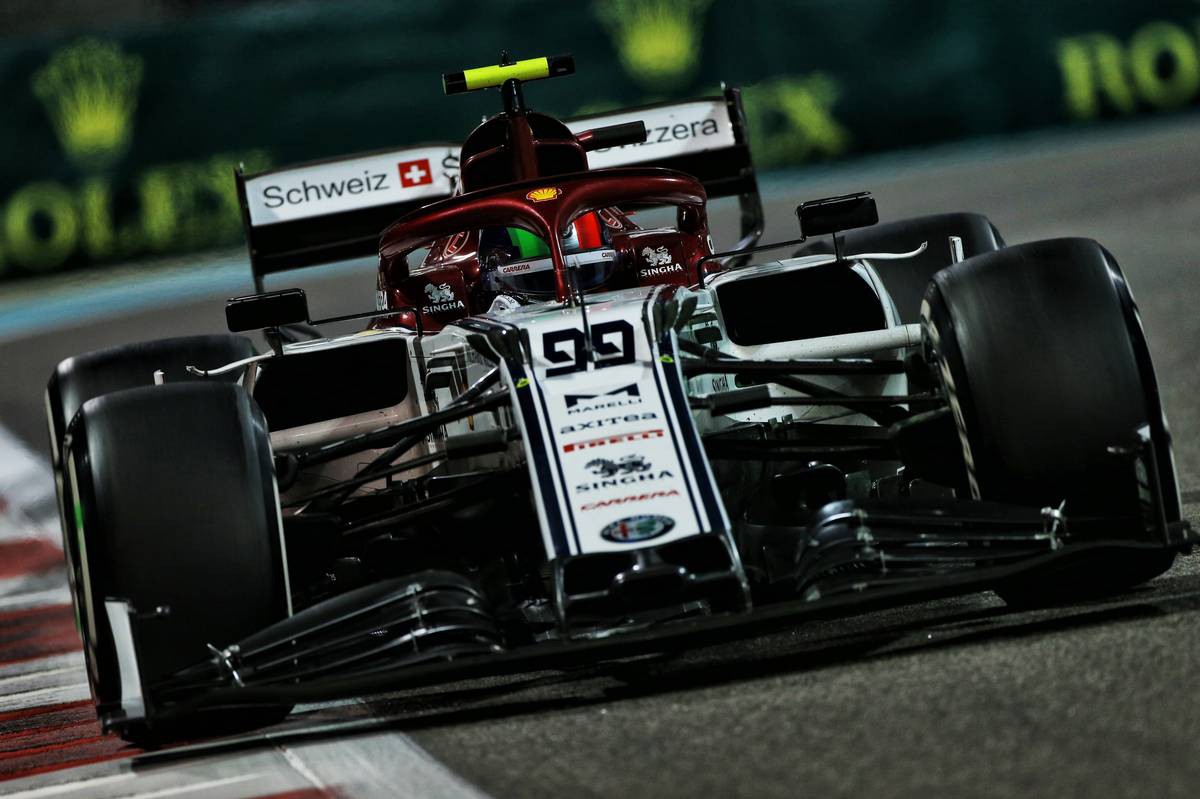 Antonio Giovinazzi (P16): 6/10
Alfa Romeo's erratic form continued in Abu Dhabi, which saw another alarming drop in pace throughout practice and qualifying. Antonio Giovinazzi was only 18th fastest in FP2 and FP3, although his veteran team mate Kimi Raikkonen scarcely fared any better on either occasion. Giovinazzi even ended up beating the Finn in qualifying, although somewhat inevitably both were eliminated at the end of Q1. Despite lining up in a lowly 16th place on the grid, Giovinazzi had a terrific first lap and picked up four places on the first two laps, giving him a realistic chance of snatching some surprise points after all. A two-stop strategy might have helped him to this end if not for his clash with Robert Kubica at turn 12 that left pieces of both cars scattered across the track and briefly threatened to trigger a safety car. After that, Giovinazzi was consigned to 16th place for most of the second half, the Italian doubtless already looking forward to starting 2020 with a clean slate.