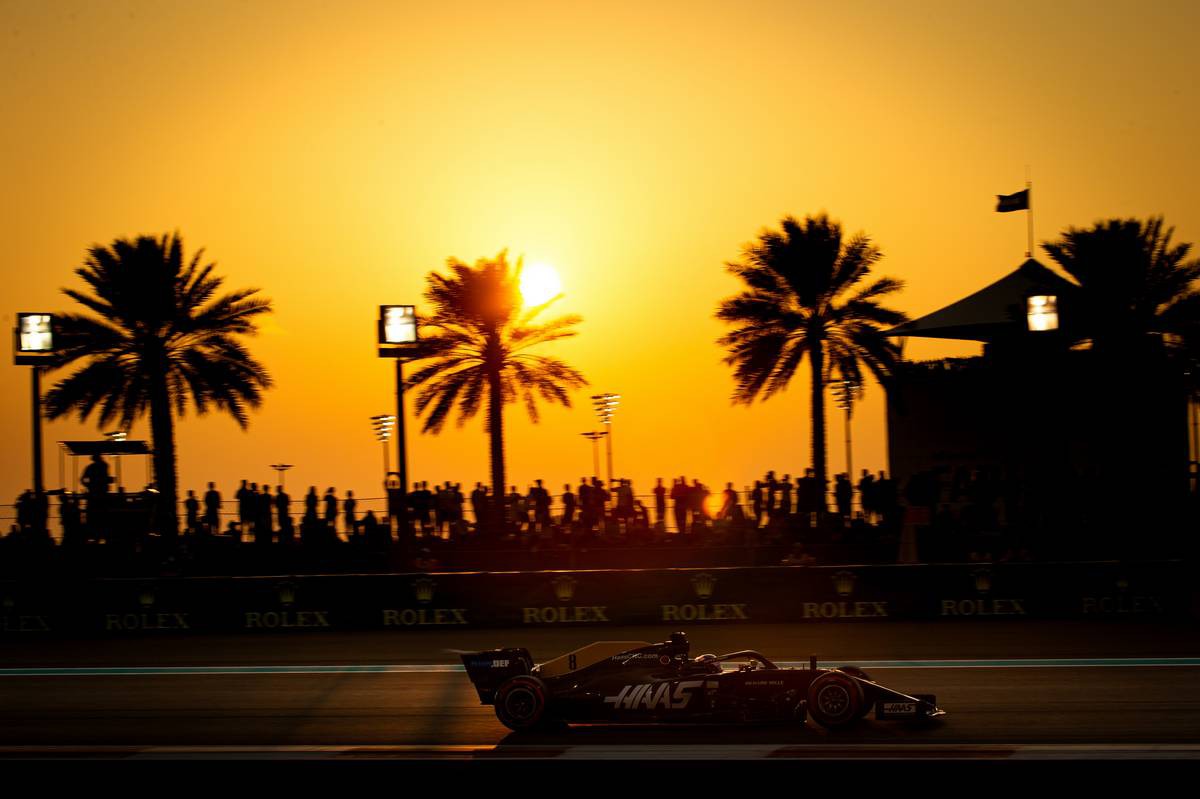 Romain Grosjean (P15): 6/10
Haas is another team that will surely be happy to see the back of 2019. The American squad has been in the doldrums for much of the season, and once again struggled this weekend in Abu Dhabi. Romain Grosjean hoped that some design tweaks to the underside of the VF-19 would give him a boost, but his thumping clash with Valtteri Bottas during Friday practice meant the team had to revert to the old bodywork for Saturday which rather took the air out of their hopes for the weekend. Grosjean failed to join his team mate in progressing to the second round of qualifying and he lined up in 15th place for the start on Sunday in which he immediately lost places to the two Alfa Romeos. "I need to work on my starts in the races, iIt's been a big weakness of mine this year," he admitted afterwards. He peaked in 12th position before pitting on lap 17, and eventually stabilised in 15th place which is where he spent the final 28 laps of the race without further distinction.