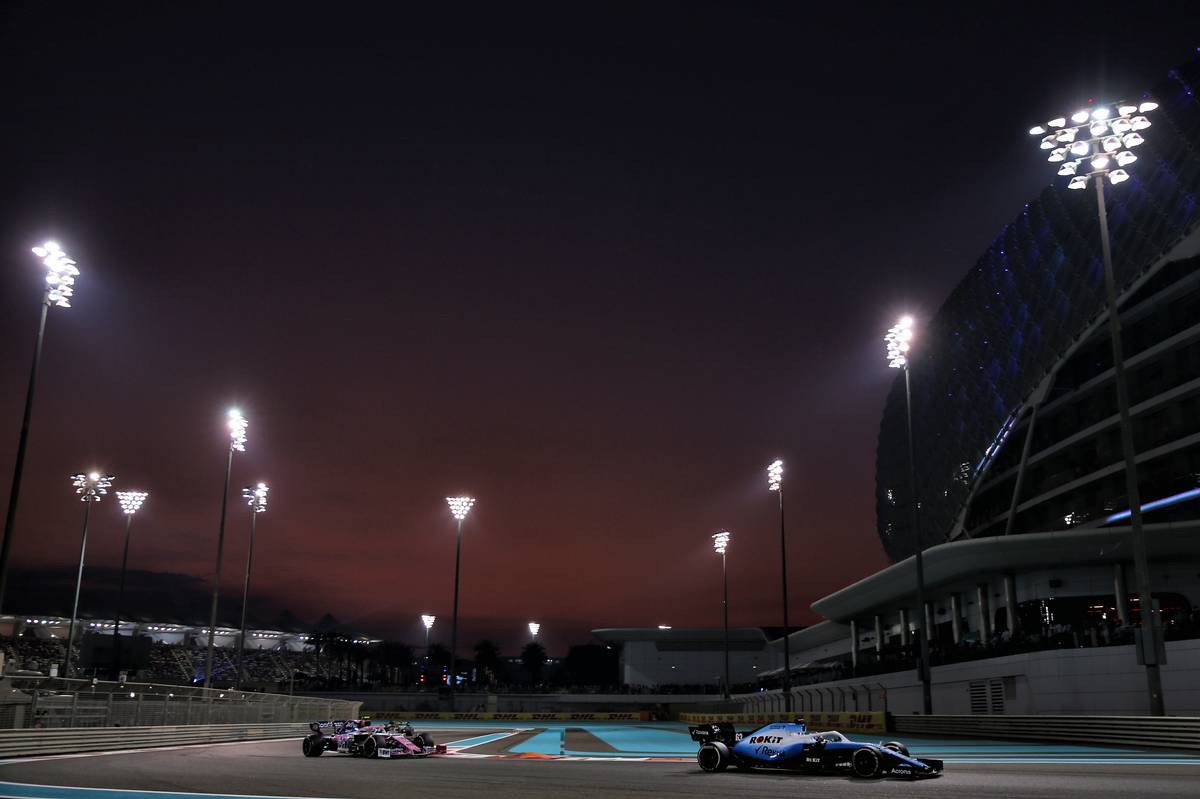 George Russell (P17): 6.5/10
A poorly George Russell was very nearly ruled out of taking part in the season finale due to illness. Fortunately he was recovered in time to gingerly take part in FP1, and after that he seemed relatively untroubled by any health concerns. However it still wasn't a vintage performance by the young Briton: after blitzing his team mate by almost a second in FP2, his advantage over Robert Kubica levelled out at around half a second per lap on Saturday on his way to completing a 21-0 qualifying whitewash for the season over his team mate - although admittedly he had failed to make it out of Q1 on all 21 occasions. At the start of the race the Williams duo made contact, leaving Russell running behind the Pole for the first half of the race until Kubica's car was compromised by damage from a subsequent collision with Alfa Romeo's Antonio Giovinazzi. In contrast Russell had a much better time of it on medium tyres in the latter half of the race, and even briefly featured in the battle for second place - albeit as the lapped backmarker whose appearance gave Max Verstappen the opportunity to dive past Charles Leclerc.