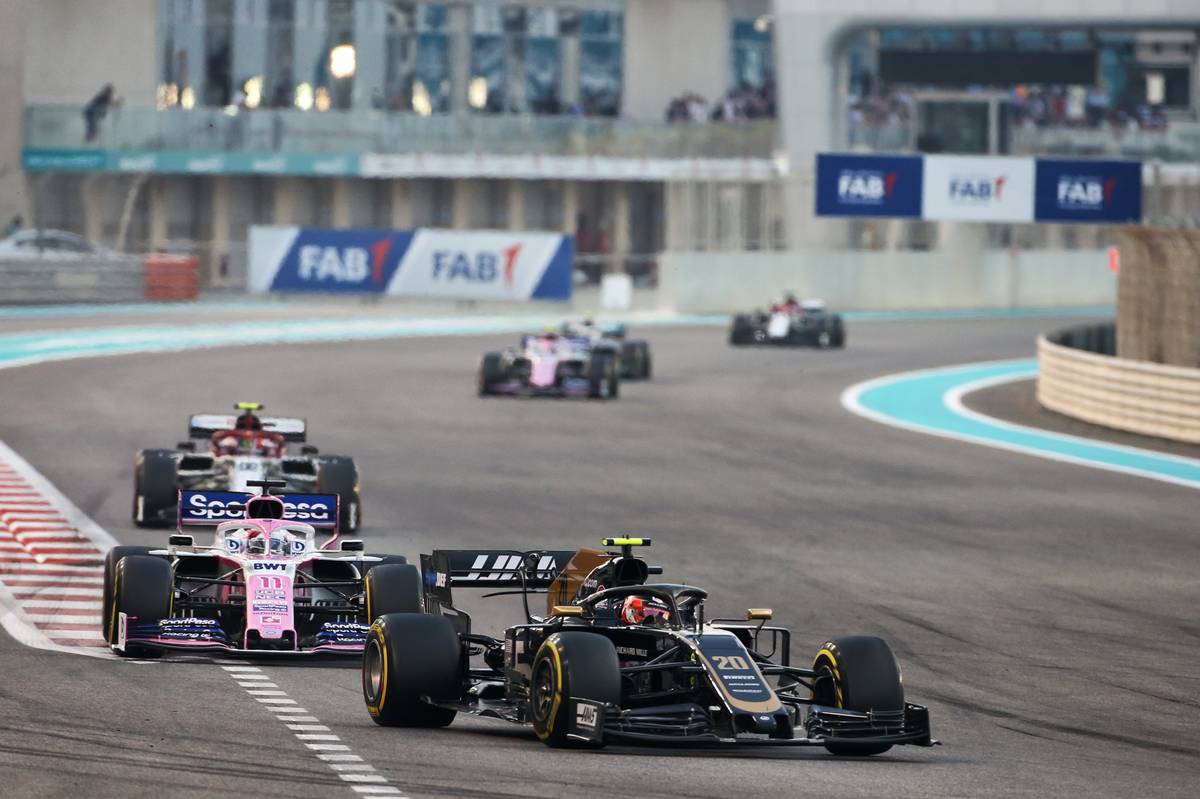 Kevin Magnussen (P14): 6.5/10
Of the pair of lacklustre Haas entries, Kevin Magnussen ended up being marginally the stronger performer in Abu Dhabi. He didn't have the benefit of the new underfloor on Friday which might explain why he was slower than Romain Grosjean in all three practice sessions by up to four tenths of a second. But Magnussen turned the tables and was quicker than the Frenchman in the all-important qualifying session, progressing to the second round and parking himself in 14th place on the grid for the race. He also had a far better start than Grosjean, jumping up five places on the first lap alone by staying out of trouble and grabbing any opportunities that presented themselves as a result of fallout from the Perez-Gasly-Stroll incident. Unfortunately running up in the dizzying heights of ninth was clearly flattering the Haas hardware and there was no way that Magnussen would be able to retain that position for very long. His pit stop on lap 20 returned him to where he had started, and a lengthy back-and-forth duel with Kimi Raikkonen was followed by shorter bouts with Carlos Sainz and Daniel Ricciardo as tyre strategies played out that ultimately didn't go in the Dane's favour.