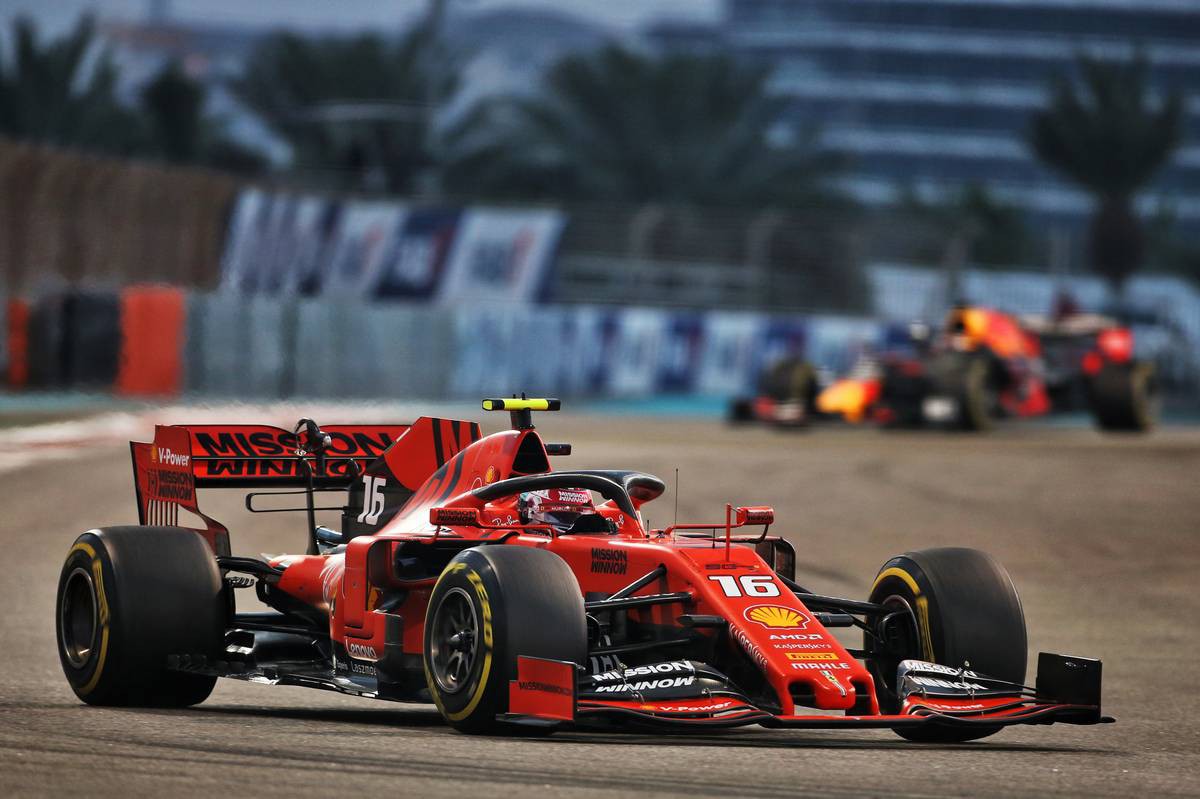 Charles Leclerc (P3, 15 pts): 8/10
The desert skies were clear and blue over Yas Marina, but it would be fair to say that Charles Leclerc was racing under dark storm clouds on Sunday. For one thing there had been more friction in the Ferrari camp after Leclerc complained that Sebastian Vettel's slow outlap at the end of the final round of qualifying had caused him to miss out on making his own final run. Even so, the Monegasque had already proved faster than Vettel and duly lined up in third place on the grid, but then came another bolt from the blue accompanied by an ominous rumble of portentous thunder when the FIA announced that his car had been reported for a significant fuel weight discrepancy. It meant that Leclerc drove the next 55 laps not knowing if he would end up being excluded from the results after the finish. That sort of uncertainty can't have helped his motivation, but he nonetheless got a strong start and successfully passed Max Verstappen for second place on the opening lap. The Red Bull was able to reverse the situation later in the race but Leclerc was still solid enough to keep his hands on the final podium spot despite the threat of a resurgent Valtteri Bottas in the closing stages. There was then a tense wait before the race stewards handed down their ruling confirming that Leclerc would be allowed to keep the fruits of his considerable day's labours after all.