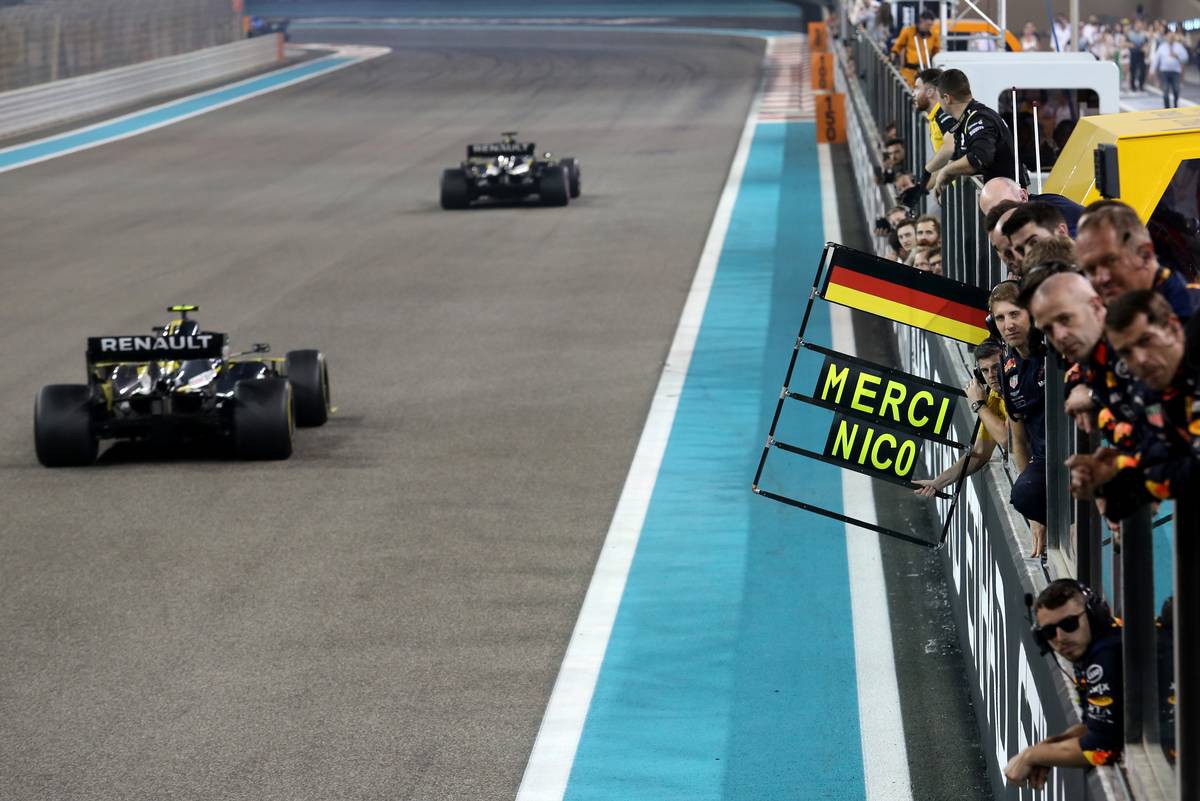 Nico Hulkenberg (P12): 8/10
It's a measure of the respect and affection in which Nico Hulkenberg is held that fans voted him the official F1 Driver of the Day for the Abu Dhabi Grand Prix, his last race for Renault and possibly his last outing in Formula 1 altogether after 177 starts since his debut in Bahrain in 2010. If this really is to be his final time in F1 then it was certainly good to see him go out in some style, if not points. He was quicker than his team mate on Friday although that was in part down to Daniel Ricciardo losing time with an engine failure. After a sub-par final practice he was quick enough to make it all the way through the final round of qualifying on Saturday afternoon, putting him on the grid for the race in ninth place right behind Ricciardo. On Sunday he briefly dropped behind the fast-starting Kevin Magnussen but quickly retrieved the position back from the Haas, and for the rest of the evening he did his level best to close out his F1 account with a points finish via a one-stop strategy. Unfortunately that cost him in the closing stages: having already been passed by Sergio Perez and Daniil Kvyat on fresher tyres, he succumbed to last lap passes from Daniel Ricciardo and Carlos Sainz to drop out of the top ten altogether by the finish. "We threw everything at it today and it was a shame not to score any points," he said.